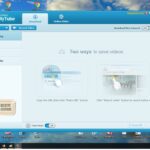 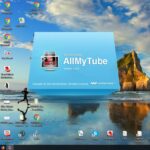 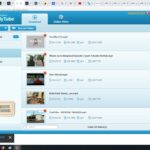 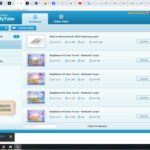 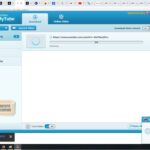 10-week immersive business coaching program. It includes significant one-to-one coaching and mentoring as well as structured training in order to help creative practitioners scale up quickly. At the conclusion of the Accelerator, participants were to pitch to investor networks at ACMI demo event. The successful pitch will go onto be showcased at ACMI.  The Accelerator ran February 19 – April 16 2018.

Who are ACMIx looking for?

Open to makers of creative technology and creative products that have a connection with the moving image, including:

Application for ACMIx Creative Tech Accelerator 2018 was not shortlisted for panel interview. Full copy of the application is available for review upon request.

Unsuspecting Melburnians are being live streamed inside their own homes.

Popular brands of surveillance cameras and baby monitors available online via Insecam website are at risk, with homes and businesses fitted with the products being streamed and seen by strangers online world-wide.

Due to property and business owners failing change a default password on their devices, surveillance feeds gave found their way onto Insecam site.

The trailer for this creative project required password enabled, private viewing only due to:

Youtube has embedded software that can ‘police’ video content for rights violations. Your content can be instantly flagged upon uploading, especially if the user has implemented settings that allow for ad’s to screen as overlays on content while it screens and/or at pre-determined breaks.

If the video content achieves a significant number of views, your content may be flagged for action/removal to protect rights of original artists/creator.

Wondershare is software that allows users to ‘harvest’ video content directly off the web – provided it is not password protected.  The content can be downloaded into MP4 files. It can be edited freely using MS Moviemaker software.

Difficult to ‘police’ your own video content IP.  At face value, Wondershare does not protect owners of original content from IP violations and / or theft.

The New York Times quoted one advertising executive observing that video content is ‘among the most shared and commented upon content on the web’ [2].

Sadly this comment proved to be not just prophetic, but underestimated.   The recent tragedy in Christchurch New Zealand demonstrated uploading, viewing and sharing of video content has an apocalyptic capacity and power to escalate far beyond any ‘control’ Facebook and Youtube can (or can’t willingly) exercise.

The Australian government was quick to respond to the tragic event. To bolster security around online video content, it announced that legislation would be drafted and passed immediately.  New laws would jail any tech executive for a period of 3 years where extreme live, violent video content was uploaded to any platform for viewing. The UK government has also followed suit with a similar announcement.

No matter what governments legislate, Facebook already claims it can’t act to control or guarantee removal of such video content.

[2] Zuboff, S., The Age of Surveillance Capitalism – The Fight for a Human Future at the New Frontier of Power, London: Profile Books Ltd, 2019 p512